Roynell Young, former Philadelphia Eagles All-Pro Cornerback, is Founder and CEO of Pro-Vision Inc., a nonprofit he started in 1990, with a vision for developing Houston’s impoverished and underserved male youth into leaders.

Mr. Young enjoyed a nine-year career in the National Football League. The Eagles selected him from Alcorn State University, in the first round (23rd overall) of the 1980 NFL Draft. In his rookie year, Roynell played in Super Bowl XV and was selected to the Pro Bowl in his second season. He was one of two players who played in both Super Bowl XV and The Fog Bowl for the Eagles. He retired in 1988 to pursue his passion for youth and community development.

Before the NFL, Mr. Young believed it was an act of faith from a line of people who went out of their way to rescue him from challenging circumstances. He launched on a journey to do the same for other young men. Roynell found his path and inspiration after he saw a couple of teens on the streets of Houston looking for trouble. He invited them to engage in a productive dialogue through a game of basketball, but they thought he was the police and scattered. On another occasion, one Saturday, he happened to see them again at one of the basketball courts, and presented them with a bet: if they won he would buy them pizza. The boys lost, but Roynell bought them pizza anyway. During the lunch, Roynell asked them: “have you thought about your purpose in life?” The question was met with puzzling looks, but the boys came back the next week, bringing along with them a few friends. Within six months, the number of boys went from those first three to 300. 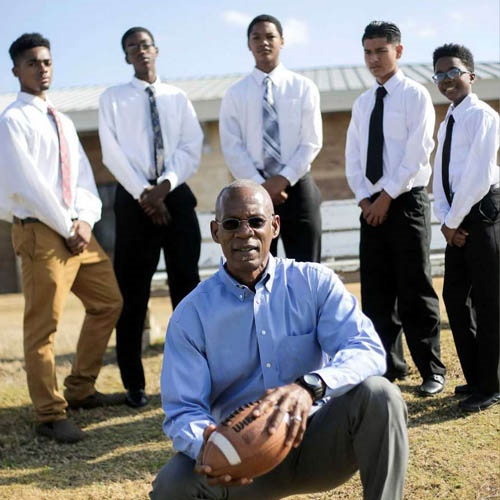 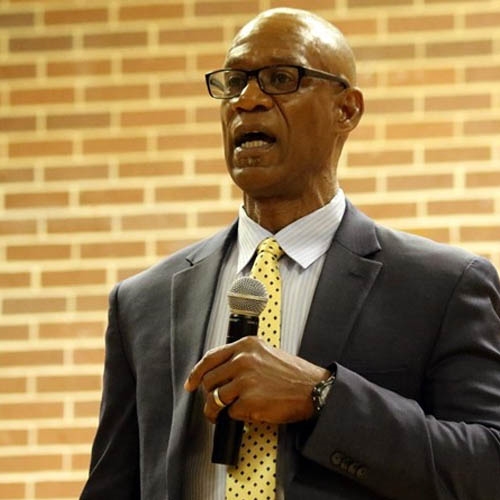 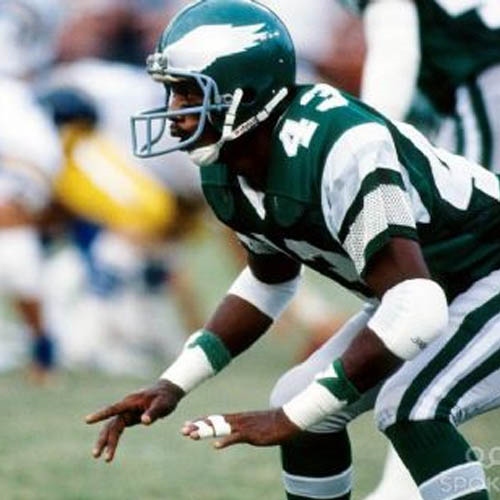 Pro-Vision began with 70 of those young men as a youth mentoring program that has grown under Mr. Young’s leadership to include, a charter school for middle and high school students, the first all-male charter school in Houston, and now includes a co-ed program for girls; a job-training program for disaffected youth; character development programs for young men and women; and an urban farm that serves both a ‘food desert’ community and provides marketplace opportunities for Pro-Vision. The Pro-Vision Urban Farm provides ‘locally grown’ produce for upscale Houston restaurants.

Over the past twenty seven years, Pro-Vision has served more than 6,000 youth and their families, and is in the process of uplifting a redevelopment project in one of Houston’s most impoverished neighborhoods—the Sunnyside community of Houston.

As a result of his work, Mr. Young was personally chosen by the U.S. State Department to lead a televised conference in Bosnia in 2010 on how to work with disenchanted male youth; and he delivered the 2010 keynote address speech at the Juvenile Justice Conference. Mr. Young was recognized for his work by Former Governor Rick Perry, Former U.S. Secretary of Education, Rod Paige, Former City Councilmember and current Member of the U.S. Congress Sheila Jackson Lee, U.S. Congressman Al Green, and Former U.S. Congressman Chris Bell.

Mr. Young received a Bachelor’s of Science degree from Alcorn State University and is a Senior Fellow of the Houston Chapter of the American Leadership Forum, Educational Class II.  Additionally, in recognition of his work at Pro-Vision, Mr. Young has received numerous awards including: The 2010 Texas Women’s’ Empowerment Foundation Community Mentor Award, The 2010 Mentoring Award presented by the Houston Metropolitan Chapter of 100 Black Men Inc., The 2008 Community Service Award from Pan-African Orthodox Christian Church, Who’s Who 2007, Unsung Hero Award of 2004, The 1998 Savvy Award presented by Foley’s and the Houston Chronicle, The 1995 Channel 13 Community Service Award, and The AM 740 Everyday Hero in 1994.

Mr. Young and the Pro-Vision story have been featured in the New York Times, Time for Kids, Guideposts Magazine and Men’s Journal magazine, among other national news networks.  Locally, features have run in the Houston Chronicle, as well as the CBS, ABC and Fox26 networks.

"If you don’t like something, change it. If you can’t change it, change your attitude."

"You don’t have to be one of those people that accepts things as they are. Every day, take responsibility for changing them right where you are."

"Some people want it to happen, some wish it would happen, others make it happen."

"Have a vision. Be demanding."

“Each one of us can make a difference. Together we make a change.”

"Every great dream begins with a dreamer. Always remember, you have within you the strength, the patience, and the passion to reach for the stars to change the world."

“To be a great champion you must believe you are the best. If you’re not, pretend you are.”
– Muhammad Ali